Usually I don't like to just post a bunch of drawings, so I kept one theme for this assortment. 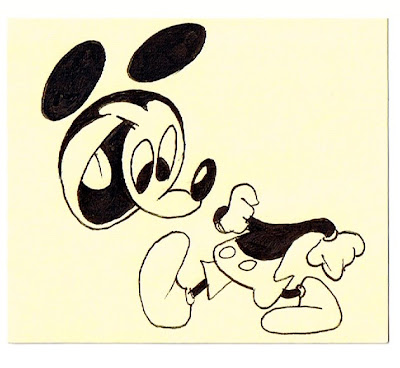 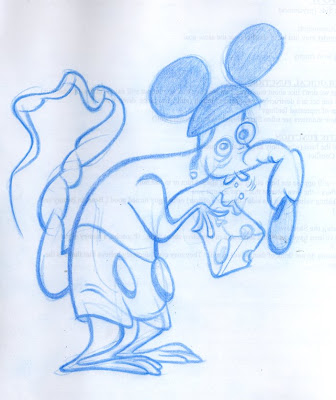 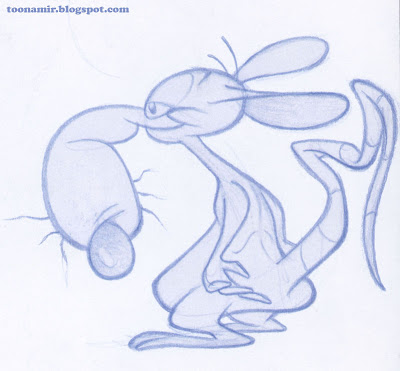 I will get working on a proper post time permitting.
Posted by Amir Avni at 10:31 pm 12 comments:

There's both wonderful and terrible news about the upcoming 5th series of Dotcor Who:
1. Steven Moffat takes the role of Head Writer/Executive producer (practically the show leader)
2. David Tennant will not be returning to play the role of the tenth Doctor.

All episodes of the Doctor Who revival have had wonderful direction, music and design, but what separates good episodes from great ones, comes down the writing and acting. When the latter are done well, all aspects of the show’s making blend in prefect synthesis. The combination of Steven Moffat’s writing and David Tennat’s performance has provided my favorite work of fiction in a long time, because no matter how far-fetched, they made it feel real. 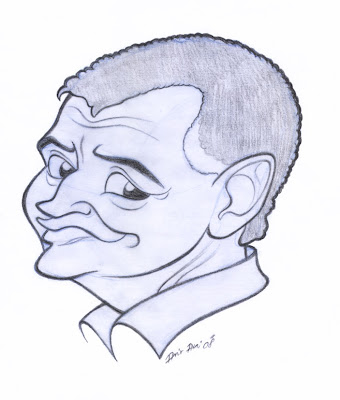 I was first made aware of Steven Moffat when I discovered his hilarious sit-com “Coupeling”. Moffat has the skill to make fictional character feel real, by adding layers of humanity to them. By humanity I mean a rich canvas of emotion, and an understanding of how humans think and operate. Humans are emotional based, their rationale and view of the world depends on their emotional structure. An emotional structure isn’t flat. Emotions blend into each other like colors on a mixing palette: joy with angst, warmth with sternness, etc…This prevents the formation of flat characters.

Moffat’s Doctor Who stories are quite profound, they always have more than one element going. My favorite is “The Girl in the Fire Place”, Embedded below:

"The Girl in the Fireplace"
Directed By Euros Lyn, Music by Murray Gold
part 1 part 2 part 3 part 4 part 5
Plot-wise, it is about clockwork droids from the 51st century stalking a woman from the 18th. What makes this story compelling is the development of romantic bonding between Madam de Pompadour and her “Guardian Angel”- The Doctor. This is challenged by the way the two characters experience time.
Notice the plot isn't completely understood until the very end, but the film is captivating from the very first moment. It makes sense emotionally, and that's why we don't feel lost.
Moffat keeps the viewers on their toes by throwing in many questions and irrational plot developments, until finally he ties all the elements in beautifully unexpected ways.
All of Moffat’s stories have this in common: “Blink”, “Silence in the Library” and “Forset of the Dead” Are creative, layered, and unpredictable. They are emotionally involving, they invite the viewers to take active participation by asking questions, They save the logical"solving of the case" to the very end, and deliver a cathartic resolution. Fiction writing at its best, I look forward to seeing more of it!
TENNANT 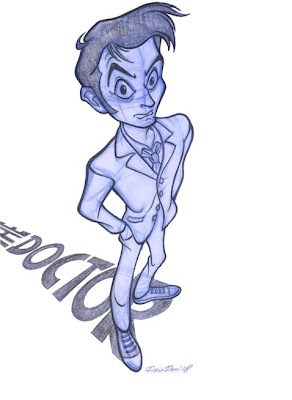 Sadly, I can’t look forward to see David Tennant lead Moffat’s upcoming stories, as he is leaving the show at the height of his success:
"I think it's better to go when there's a chance that people might miss you, rather than to hang around and outstay your welcome…I don't ever want it to feel like a job, so I want to move on when it still feels exciting and fresh and that means I'll miss it."

Tennant’s Reasoning is a sign of a capable and versatile actor, but the fact he’s leaving is hard for me to accept. Tennant is a key factor of my identification with the show, It wasn’t until I saw his characterization that I became hooked.
“…In his four years in the role, Tennant has made it his own. His doctor – the 10th – has artfully combined the best parts of his predecessors within an engaging personality all his own. Tennant's doctor has been both physical and cerebral, funny and yet full of angst; he has been the most human of all the Doctors.” (http://scotlandonsunday.scotsman.com/comment/Wha39s-like-us--David.4652347.jp)

Tennant’s portrayal of The Doctor made me feel like I was there with him. I was entranced by his infinite dedication to make sense of phenomenal mysteries, I admired his relentless obsession to protect his loved ones, and I laughed along his joyful enthusiasm upon solving a case.

Forest of the Dead- Resolution
Uploaded by toonamir Click "HQ" to see in better quality.
Warning: This video contains spoilers if you haven't seen the episode, it is meant to illustrate the article.
No matter how catastrophic, no matter how unfavorable the odds are, The Doctor could always re-gain control, and reach a cathartic and delightful resolution. Just as plain text, these descriptions may sound like ordinary hero clichés, but the difference is: David Tennant made them feel real. His character was both an agent of great adventure, and a dependable father figure, he made any situation, no matter how uncanny, sheer fun.