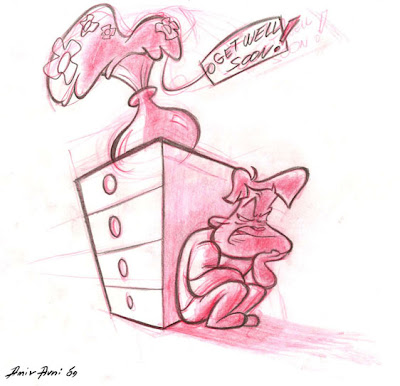 When your brother gets any attention
Posted by Amir Avni at 3:41 pm 7 comments:

Are there GUUUURRRLLLSSS on it?! 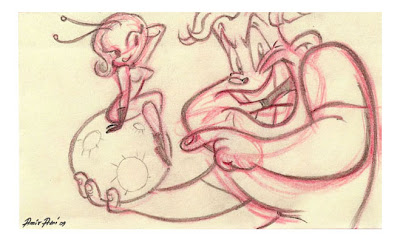 Storyboard panel from my film.
More to come
Posted by Amir Avni at 3:43 pm 5 comments:

During the past summers, when on break from college, I've made it a habit to come volunteer at the ASIFA-Hollywood Archive, Since it was so much fun, It didn't cross my mind to get anything in return for it...until this year's Annie Awards!
I was awarded with a Certificate of Merit,
There were 3 other winners in this cathegory: Alex Vassilev (Computer genius, Ace volunteer and roomate =] ) Kathy Turner and Mike Fontanelli. 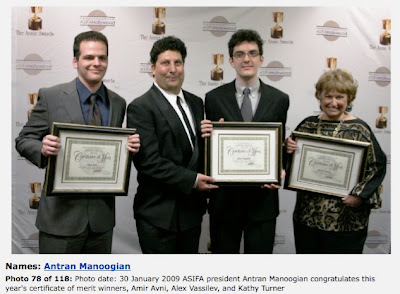 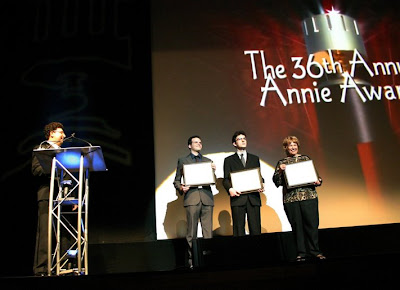 In this picture, ASIFA-Hollywood president and geniuinly wonderful guy Antran Manoogian presents us to the audience at UCLA'S Royce Hall. We had the Honor of going on stage after Nick Park, who got his Winsor McCay Life Time Achievement Award. He also won an Annie for Best Animated Short : Wallace and Gromit: A Matter of Loaf and Death, well deserved! 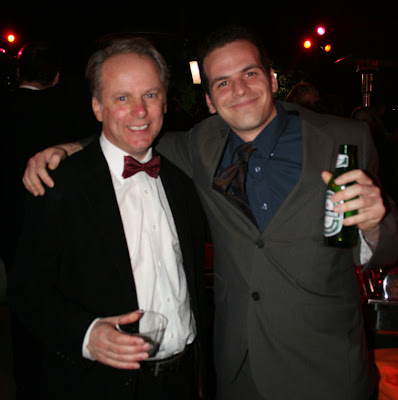 Picture by Claudio Riba
Wallace and Gromit have always been among my favorite cartoons, Upon meeting Mr. Park I said "Your Lordship! This IS an honor!" we shook hands and he laughed with delight. For such a highly acclaimed creative genius, I could not believe how humble he was! We ended up chatting about mutual TV favorite "Doctor Who" 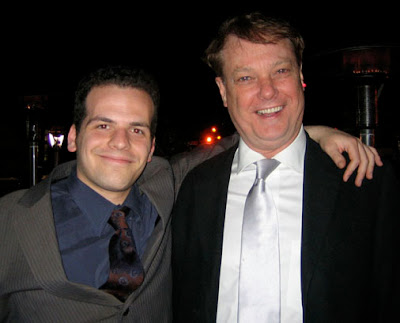 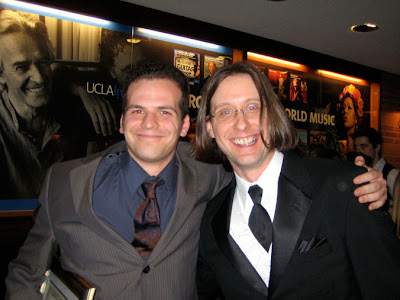 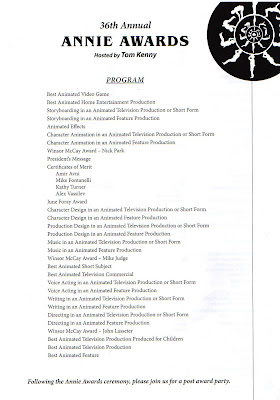 I'm still inspired by all the people I got to chat with back stage and at the cocktail party: Vincent Waller, Dan Riba, Shawn Patterson, Jorge Guttierez, Henry Selick, Matt Groening, Peter Avanzino, Tom Minton, James Baxter...It was such a fun night, there's nothing quite like a Hollywood award show.
Posted by Amir Avni at 10:16 am 7 comments: