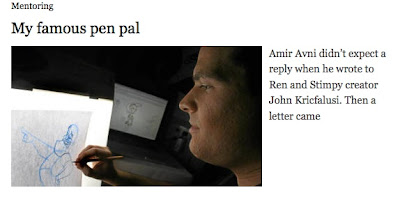 http://www.theglobeandmail.com/life/work/my-famous-pen-pal/article1444175/
Dakshana Bascaramurty from Globe and Mail contacted John K. and I for an interview, which was published today, and looks really great, thanks Dakshana!

Some things I need to clarify:
During the phone interview I did mention Sheridan college has wonderful teachers like Pete Emslie, Scott Caple and others who give the students hands-on explanations of good drawing methodology.
When I was asked about my many reasons to contact John k, one of them was that my art education in Israel at the time lacked methodology.

On Friday January 29th 2010, Globe and Mail printed a retraction, and fixed the online version of the article:


The feature I worked on was "Everyone's Hero" during the pre-production stage, doing technical drawing.

The recognition by the Hollywood chapter of the International Animated Film Society refers to The 2008 Annie Awards.

Many thanks to the Globe and Mail for the kind article!
Posted by Amir Avni at 11:17 am 7 comments: 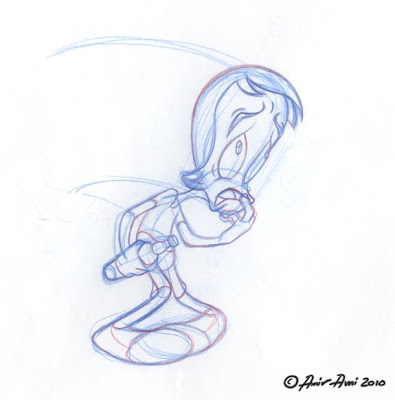 For a starry night 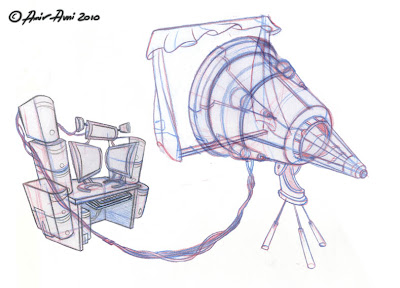 Some props from my film
Posted by Amir Avni at 8:31 pm 1 comment: 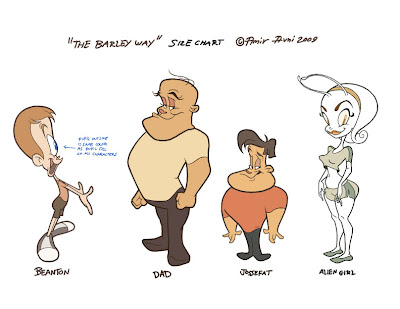 Here's a size chart for the main characters featured in my grad film, currently in production.
Posted by Amir Avni at 1:24 pm 9 comments: